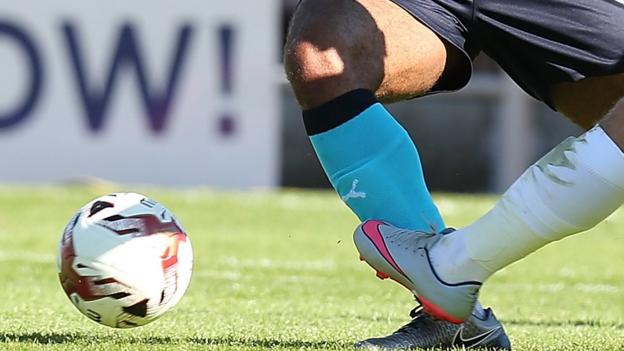 Substitute Luke Varney scored a late winner as Cheltenham hit back from a goal down to defeat promotion rivals Northampton in League Two.

Varney was brought on in the 81st minute and soon tapped in from close range after Chris Hussey’s corner was not dealt with by the visiting defence.

The Robins had to work hard to secure their fourth straight win and their sixth successive home victory after the Cobblers opened the scoring inside three minutes.

Charlie Goode’s long throw was not dealt with and Ryan Watson controlled the ball well before firing into the bottom left corner.

The lead lasted for 16 minutes, with Jake Doyle-Hayes finding Ryan Broom, who made room for a shot which he curled beyond the dive of David Cornell from 20 yards.

Northampton continued to ask questions after the break, with Lloyd Jones nodding a fine free-kick from Nicky Adams just wide in the 59th minute.

Varney set up Alfie May for a chance within seconds of joining the action, but Cornell saved well.

But Varney had the final say five minutes from time as Cheltenham moved within three points of the automatic promotion spots.

Campaign to save Gloucestershire Roman villa unearthed on estate

Coronavirus: What are the new travel quarantine rules?

COVID 19: Cases in Stroud drop by nearly 30 per cent

Family remember ‘much loved mum’ who died of cancer

Witness appeal following fatal collision on M5 near Thornbury
We use cookies to ensure that we give you the best experience on our website. If you continue to use this site we will assume that you are happy with it.OkPrivacy policy