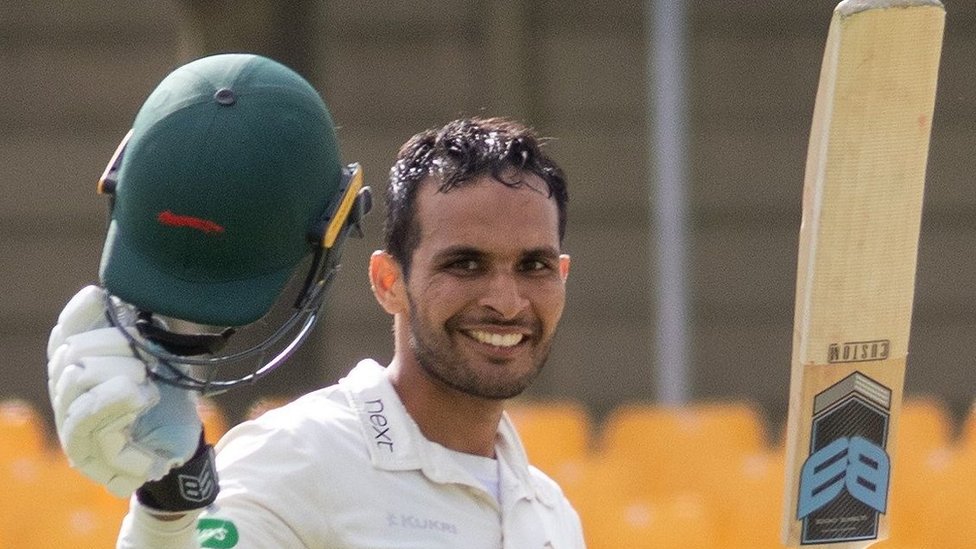 Hasan Azad scored his second century of the game as Leicestershire played out a predictable draw with Gloucestershire.

Gloucestershire earlier stretched their overnight total from 503-6 to 571 to take a first-innings lead of 84, but Ryan Higgins was unable to add the four runs he needed to hit a double century.

Chris Wright bowled him for 199 before Dieter Klein (4-113) removed the tail.

Azad and Paul Horton both finished on 100 not out as Leicestershire reached 211 without loss in their second knock.

After the burst of wickets by Klein in the morning, Glos had a glimmer of hope of forcing a win if they could rip through the home side.

But the action soon reverted to total batting domination at the Fischer County Ground.

Horton, who was out for a six-ball duck in the first innings, hit 13 fours in his unbeaten century, while Azad’s ton saw him score ten fours in taking his match tally to 237 runs before a declaration brought an early finish to the evening session.

The 211-run stand was a first-wicket record for Leicestershire against Gloucestershire, beating the previous best of 206 by Greg Smith and Angus Robson set in September 2014.

Azad also becomes the 11th player to score centuries in each innings of the same match for Leicestershire.

Chef punched ex-partner when he found her 'in a state of intimacy' with man
Reece Brown: Huddersfield Town sign Forest Green midfielder
Author Emily Koch: 'I'm not angry at the driver who broke my legs'
Thunderstorms tomorrow but heatwave to follow