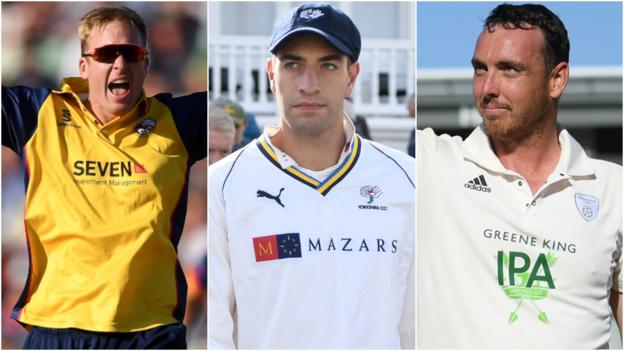 The Professional Cricketers’ Association would support two overseas players per club in all formats from 2021 to allow Kolpak signings chances to continue playing county cricket.

Following Brexit, the England and Wales Cricket Board has advised counties that Kolpak registrations will be terminated at the end of the 2020 season.

The agreement is in line with the deal the UK secured with the European Union.

Kolpak deals have been used since 2004 for players mainly from South Africa.

Counties are already permitted to have two overseas players in the T20 Blast – but have been restricted to one in all other competitions, including the Championship, since 2007.

Kolpak contracts are named after Slovak handball player Marius Kolpak, who won a landmark case at the European Court of Justice in 2003.

They allow sportsmen from countries with associate trade agreements with the EU, such as South Africa, Zimbabwe and Caribbean nations to be afforded the same right to free movement as EU citizens.

Kolpak players are not classed as overseas players by the England and Wales Cricket Board under the terms of their contracts, but they become ineligible to represent their country at international level.

There are currently 17 South African players under Kolpak contracts for the 2020 season.

A number of those, including Essex off-spinner Simon Harmer and Hampshire fast bowler Kyle Abbott, agreed deals beyond 2020 towards the end of last season.

Somerset have also recently signed South Africa seamer Vernon Philander on a two-year Kolpak contract and Surrey have brought in his fellow countryman Hashim Amla on a similar deal.

Overseas players who hold UK passports or who have settled or pre-settled status will continue to have their rights to play as a “local cricketer” protected past 2020.

PCA chairman and Worcestershire opening batsman Daryl Mitchell said Brexit has caused a “number of sensitive issues” for members over the past three years.

“It’s been a frustrating process for many, but fortunately we’re now able to offer some clarity,” he said.

“We must acknowledge and consider the human element of those players who’ve made commitments and signed contracts beyond 2020 and the effect this outcome will have on those individuals.

“Our view is increasing overseas players to two per county in the County Championship and One-Day Cup would be a positive outcome.

“This would allow opportunities for these players to continue their careers in England and help to maintain standards in the county game.”

The ECB’s new competition, The Hundred, which makes its debut this summer will feature three overseas players per team.

LIVE: Overturned lorry closes M5 in both directions near Thornbury
We use cookies to ensure that we give you the best experience on our website. If you continue to use this site we will assume that you are happy with it.OkPrivacy policy