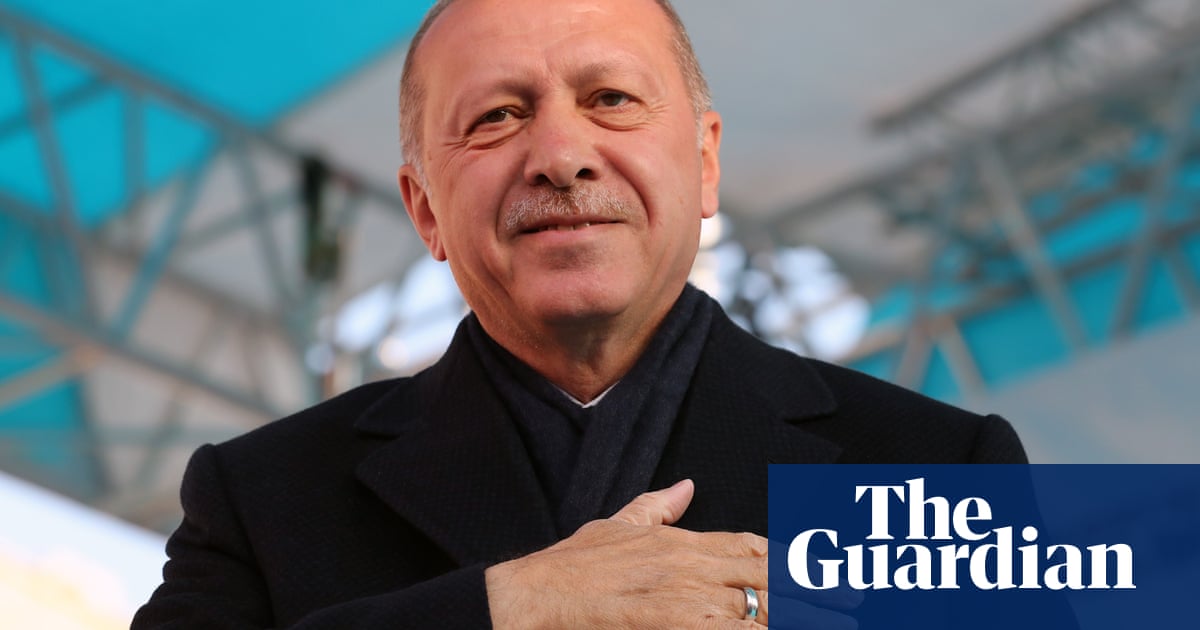 Financial markets in Turkey have experienced a fresh period of turmoil, putting the country’s recovery from recession at risk and raising questions over the health of emerging markets as the world economy slows.

President Recep Tayyip Erdoğan’s government heaped pressure on Turkey’s banks on Wednesday to stop them lending the lira to overseas financial institutions, in a move that triggered the cost of offshore borrowing in the Turkish currency to surge by more than 1,000% overnight.

Turkey’s main index of leading company shares, the Borsa Istanbul 100, closed down 5.7% in the biggest daily drop since July 2016, as analysts warned that some investors had opted to sell local stocks instead of betting on the currency.

In a reflection of the mounting risks, Turkish bond yields rose on Wednesday, while credit default swaps – a form of insurance for investors against bond defaults – hit a level 100 basis points higher than the start of the week.

William Jackson, the chief emerging markets economist at the consultancy Capital Economics, said: “The scale of the tightening of financial conditions is similar to that during the 2011-12 eurozone debt crisis.”

The deploying of pressure on banks to stop lending the lira abroad, intended as a crackdown on foreign currency speculation, comes at an increasingly delicate time for emerging markets as the world economy slows, with deteriorating economic growth in China amid the trade dispute with the US.

While analysts said that Turkey’s problems were likely to be contained, the country was among the first emerging markets to run into difficulty last year as global investors bet against developing economies’ currencies.

The issues in Turkey come after Erdoğan promised to battle speculators ahead of local elections at the weekend. The country’s economy also remains weak and is still recovering from unrest in the financial markets last summer.

In a speech on Sunday, Erdoğan warned investors they would pay “a heavy price” for betting against the lira as he took to the campaign trail, rekindling fears among global investors that the government would intervene in the markets.

Analysts said on Wednesday that Turkish banks appeared to have halted offshore lira lending, making it harder for foreign institutions to speculate against the currency, until at least after the local elections on Sunday.

The head of the Turkish banking association denied the reports, saying Turkish banks were not the source of the squeeze and were taking business-based decisions and had operated within international laws and regulations.

However, the offshore overnight swap rate – which indicates the cost of exchanging foreign currency for lira – jumped by more than 1,200%, from as low as 22.6% at the end of last week in a sign of the dwindling availability of lira.

David Cheetham, the chief market analyst at the financial trading firm XTB, said: “Unfortunately for Turkey, these tactics to fight market forces almost always end in tears and what appears to be a last-ditch attempt to prop up the currency ahead of crucial local elections this coming weekend may well sow the seeds for another run on the lira.”

The renewed fears over the level of the currency come after Turkey entered recession in the second half of 2018, with the central bank forced to raise interest rates to 24% to shore up the lira. Bringing to a close 18 years of growth under Erdoğan, GDP fell by 2.4% in the fourth quarter after a decline of 1.6% in the third quarter.

NIGHTCLUB SPY: Sampling The Weighbridge's nicely 2 in 1 pie
Become a "history detective" at the Plainville Historical Society
500 classic cars to operate at South Cerney express
The women 'sucked in' to collecting dolls